I guess many of you know how my Citadel looks like. With pretty much massive area claimed, I share space with other people who build stuff and so on, I share resources, etc. etc.
There was an pretty interesting action today involving player I played with about 1.5 years ago. I guess picture of suddenly popping out blocks from nowhere being 700 days old would explain a lot. Codingale reminded me one of few players I met in this server, and I settled with. LadyFoxScout.

We cleared things one by one just to see that other buildings are also a bit damaged. Even I found out some, which I didn't know they exist.

First of all - how old my build is? It's pretty much. I'd like to start with comparing it before, and after just to realize how much work and effort I put into this.

I guess some of you might remember it. It did change basically, but not in the structure itself. 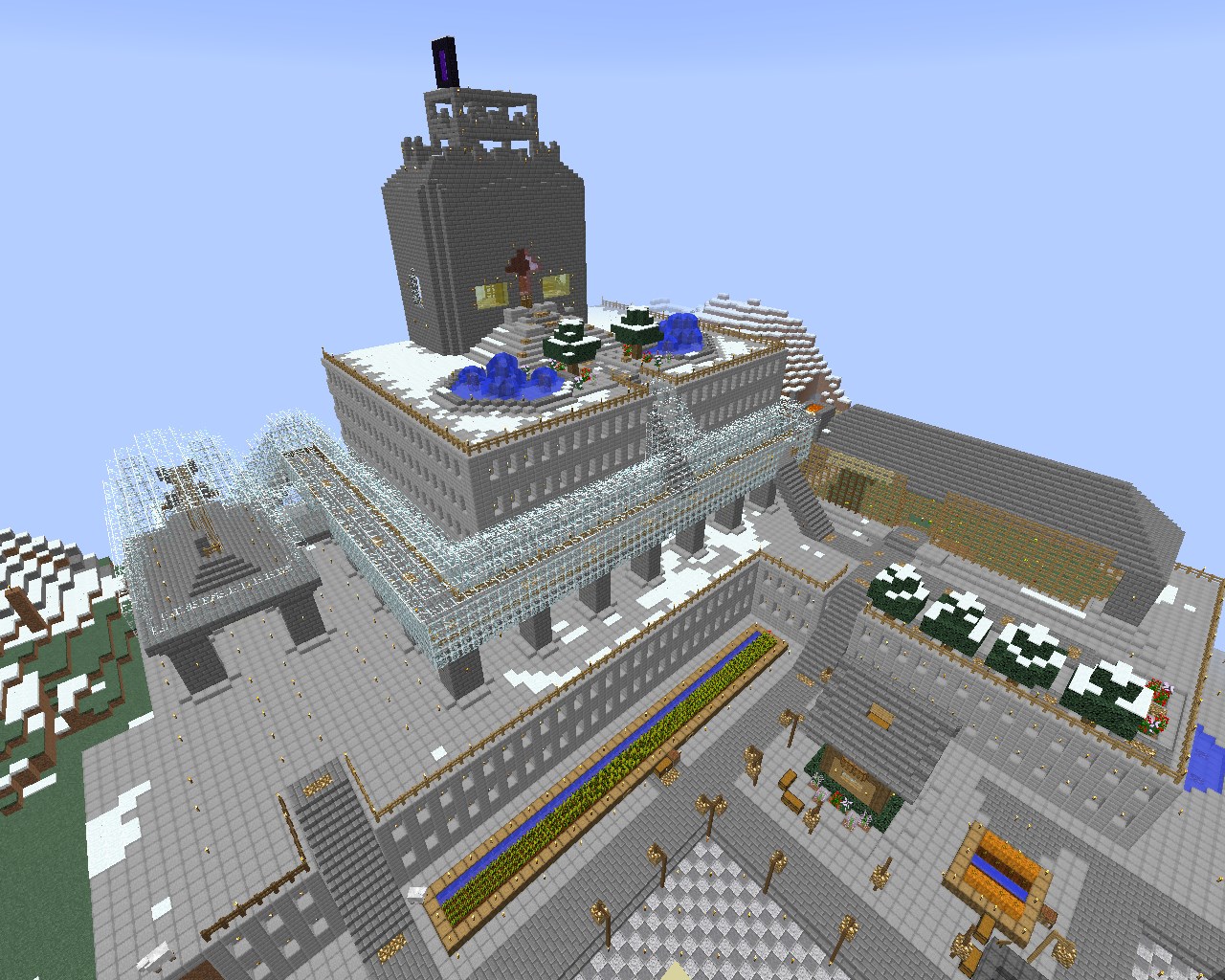 It's not just that. It's also: 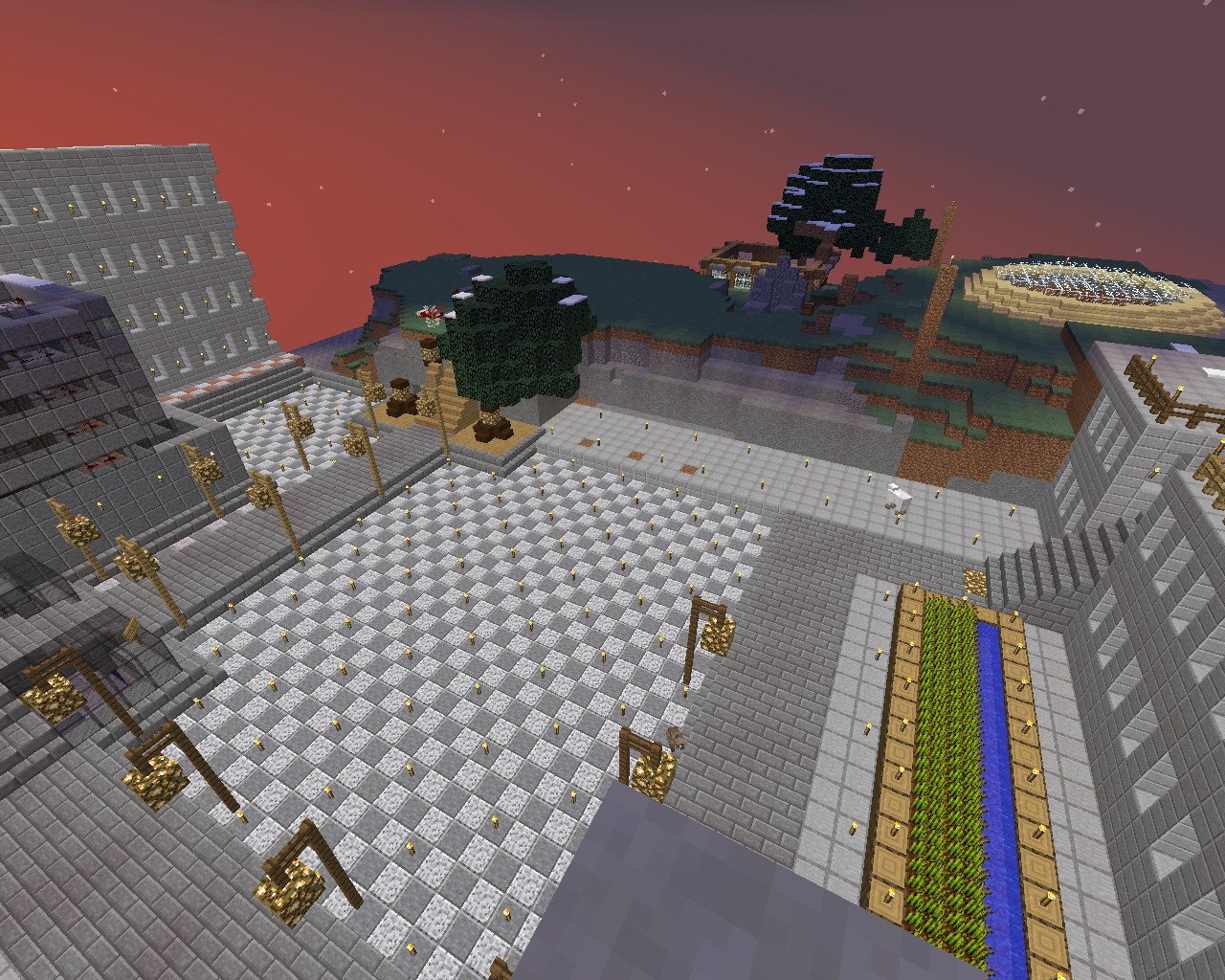 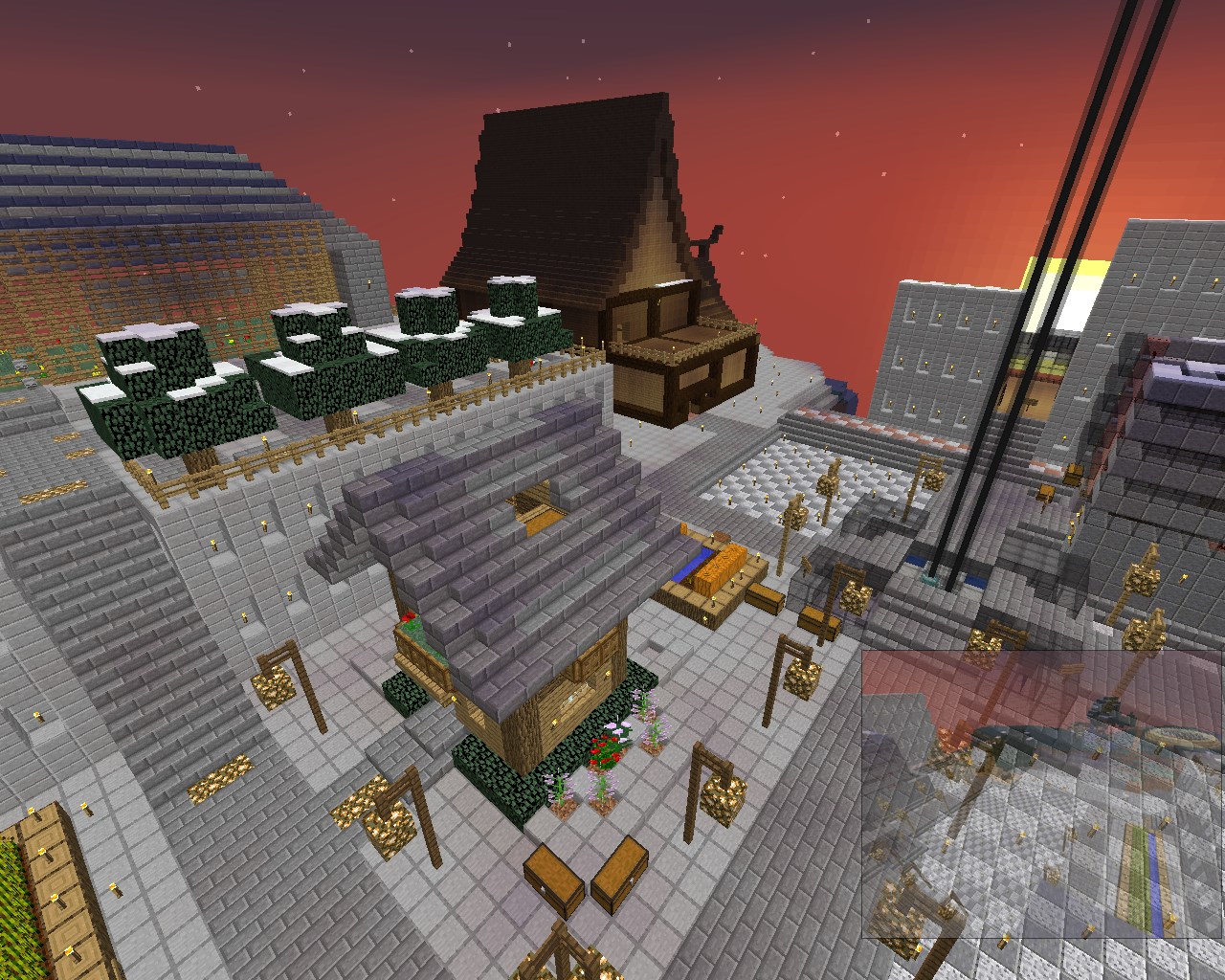 Still can't believe my favourite mod, Codingale, lived here. But he was off for one year or longer, I don't remember. Still, he didn't build anything much here, but I'm still offering him place xD

Anyway - That's my build. What about others I mentioned? There are few buildings around me, that are old eqqually as mine. 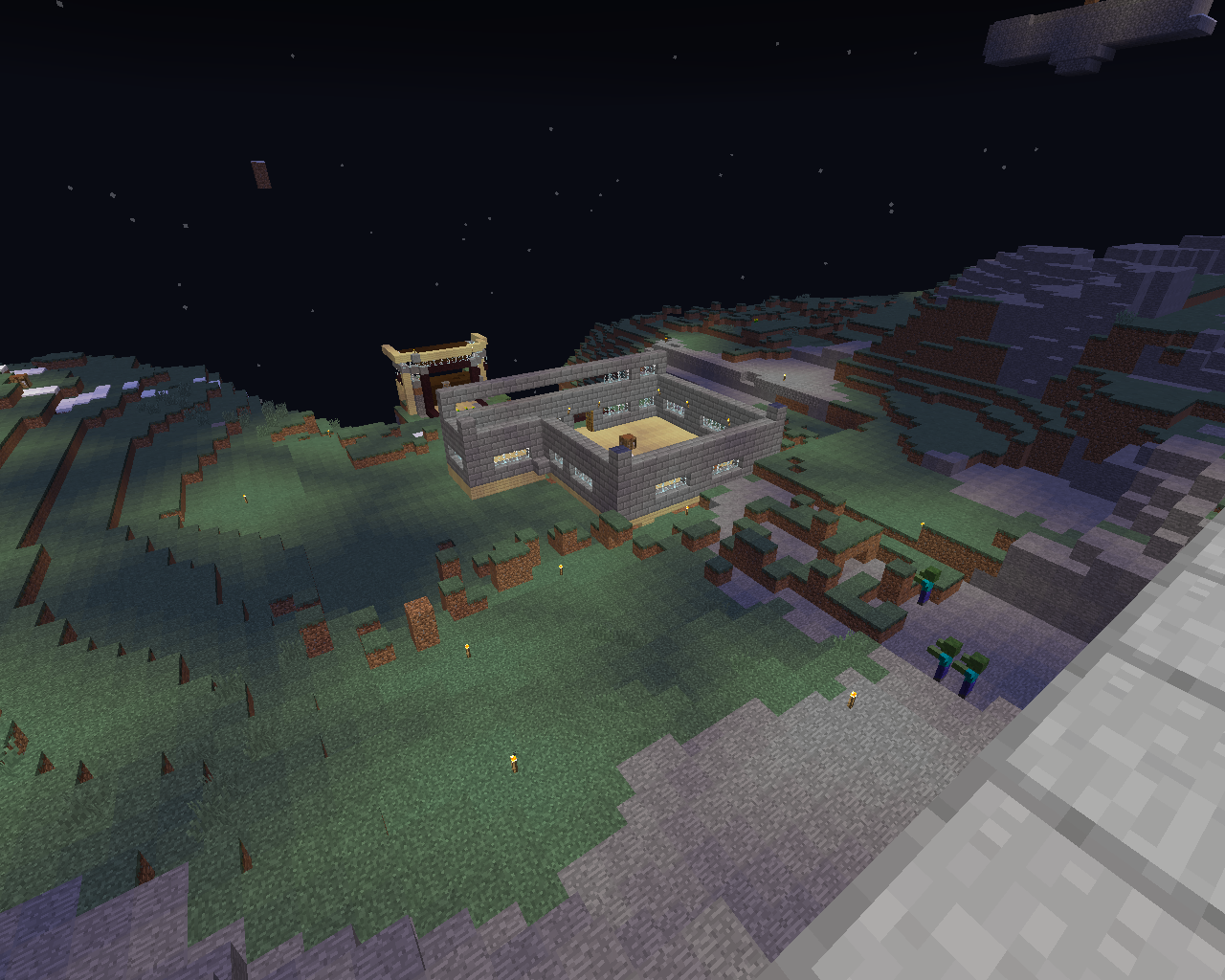 I still remember that one burning equally with this one: 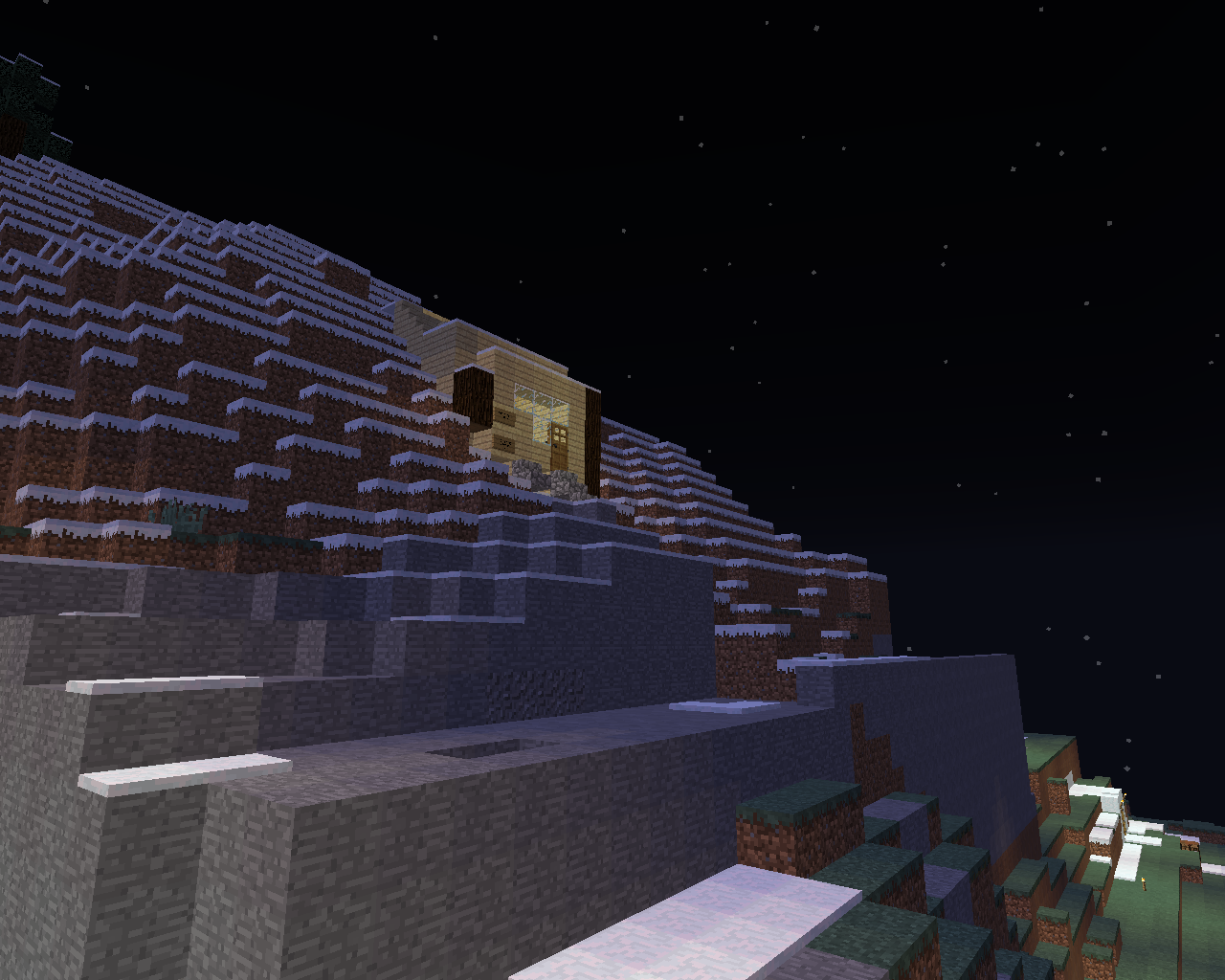 Due to grief. But players went off faster than even me, when I retired a bit. Basically, they're off for pretty long amount of time... I do not have many memories about it. But the build from the previous picture is impressive - but not done. OR not recoverable. I do not remember...

Also, we found out this: 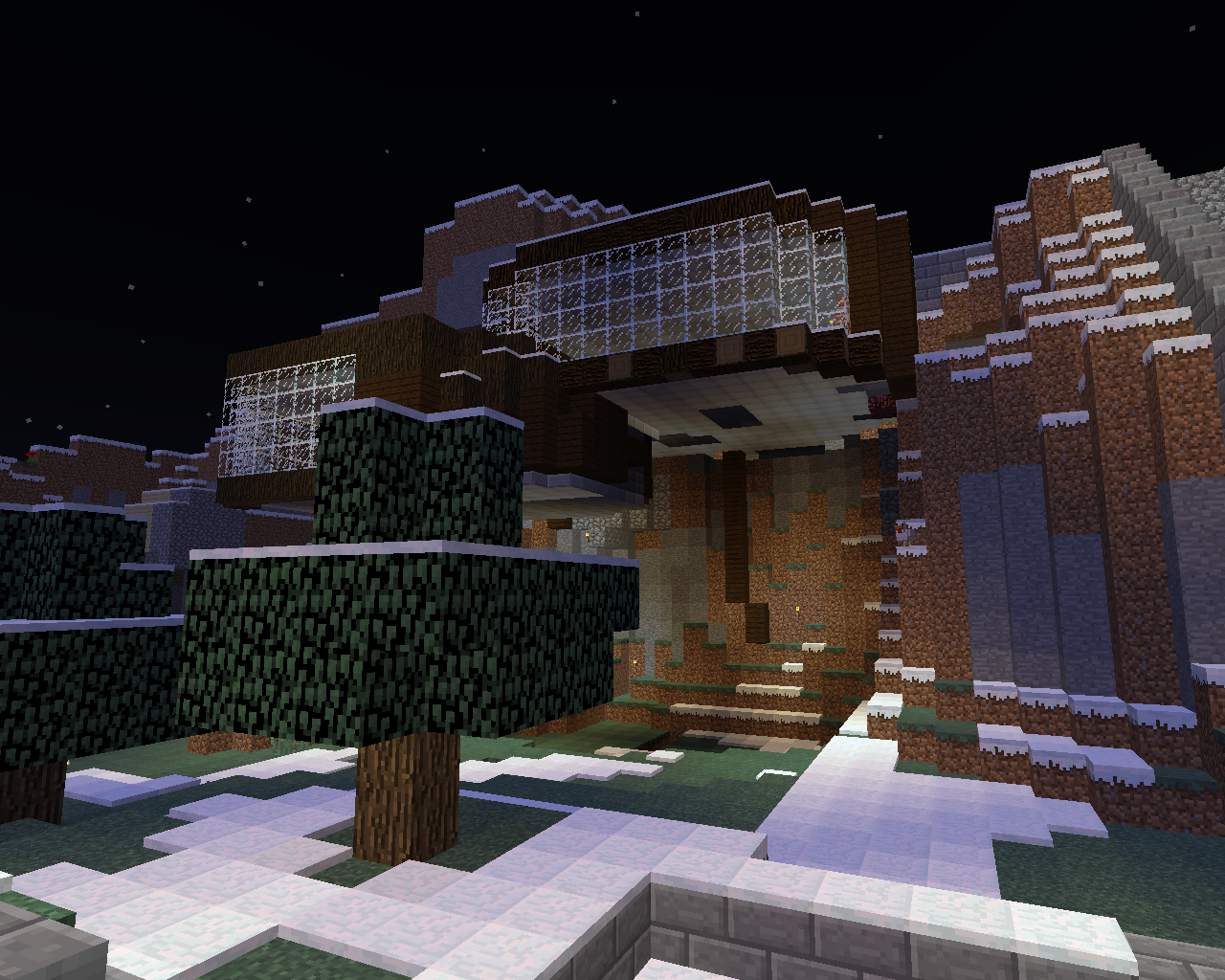 The build behind mountain, I'd give my fingers for saying it reappeared from nowhere in mountain. Yes, in mountain, from my side I just see the stone mountain. The photo is from the inner side. Funny, would never see that I guess... We found out even this:

But I have no idea what was that. Or why it is here. Codingale said it's not done, but either - it's abandoned.

What's this thread about then? I'd like to know opinion either of players - and either of mods, admins. Since... even I was on retire, being offline almost year - and nothing happened. Nothing changed. I didn't expect it, but for me personally it was sad. There are no people in my place, so it's pretty dead - even if close to spawn. In time of retire, when I logged in, I had in mind: "Hey, I wonder if they destroyed it. OR build something. The second would be cool, but I don't mind first, I was offline for that long". By following this mind I got an idea.

I built this everything not for myself. OR let's call it: "For the achievement". For doing a great exterior, for making a nice place. But not for myself, but to gather some people and settle around. To build stuff, and make this big. Now... there are people forgotten in my place. I'd like to expand with my castle, with that glorious stone slabs, or diorite Andesite - to reach them, make a place for them here, where I'm the only active, and give a proper credits. The signs, the nicknames, maybe some informations. If something is broken, I'd repair it, I could add some blocks to just make it better - but not to change building's appearance. And go my own way.

The only thing is one specific rule here. Codingale mentioned it, and disappeared, so I couldn't answer him.
Rule: "BUILD 100+ BLOCKS AWAY FROM OTHER PROJECTS".

I feel bad about it. Like... I won't grief them, but Codingale said something like "When they log in, they won't have space for themselves". Even if I build just a nice place for people, not just for me.

Hope you read everything, and everything was clear. Have a good day!
Last edited: Mar 3, 2016
E

I don't see the problem if most of people are gone and its all going to be gone to make way for 1.9 very soon
You must log in or register to reply here.
Share:
Twitter Reddit Pinterest Tumblr WhatsApp Email Link
Top